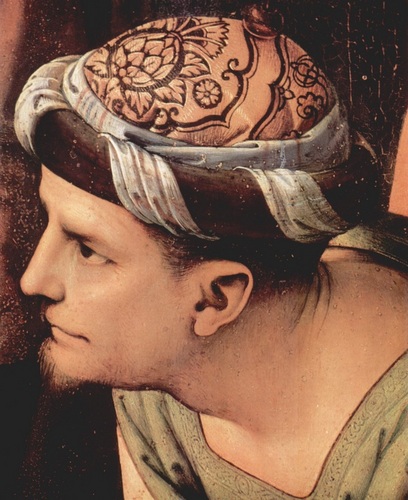 The rich man of Jerusalem, the Prince of David Joseph of Arimathea, had a Roman contract to mine and transport lead, antimony, silver, and tin from the land on the Cornwall peninsula of ancient Britain.  Here was the source of Joseph’s fame and wealth in the Roman world. The power of his influence was extensive, for he was not only of the royal Solomonic linage of King David, as a Davidian heir, he could legitimately take over the throne of King Herod the Great.  Joseph was also a friend of the Caesar of Rome and recognized as one of the most influential members of Roman society; for as a Roman Decurion, his position and rank in the empire was above that of the Roman Senators.

Joseph of Arimathea gave the future Pendragon of Britain the Torah Law of Retaliation and Retribution. With the power of the Divine, it was an honor and a privilege to defend the laws giving freedom to all mankind. Along with this Torah law were given the symbols of the messianic Jewish faith that the sovereignty of the Divine would guide him into battle.  As Caradoc had promised royal protection to the refugees from Israel, Joseph gave him the reverence to the “cross”, the symbol of the execution tree with the crossbar upon which the Messiah was hung. In the most bitterest of battles, over forty in all, the Pendragon Caradoc, the Arviragus or “High King” of Britain fought not just for his countrymen, but fought for the sovereign God of Israel.  Many scholars claim that Caratacus fought the first Christian wars, but Christian he was not and Christians there were not any.  There was no such thing as a Christian in the first four decades of the 1st century

The Pendragon was fighting for the protection that his promises and honor demanded. As history would defend, by the promise against the intrusion of the legions of Rome, the countryside on both sides of the Severn River was held fast by the Cymric Silurian Welsh.  It was a secure zone in which the legions of the Caesars Caligula, Octavian, and Nero were never able to penetrate. The fear of the legions was profound. As they marched across the landscape of Britain, they uprooteddestroyed everything that was Druidic and Jewish. Together in the minds of the Caesars, the Druids and the Jews were one. When Tiberius Caesar exiled the Jews from Rome in 42 CE, he also launched a massive invasion with five of the best generals of Rome upon the Isle of Britannia. It was their military intent to conquer the Island of Britain for Rome and to destroy the religious centers of the Druids and the Jewish Nazarenes, who already were sending waves of missionaries into Gaul that incited the population to fight for their divine rights as freemen.

WAS JOSEPH OF ARIMATHEA JESUS' UNCLE? Yes. He was Jesus' mother Mary's twin brother, but born second. Any other sequence would result in Jesus being disqualified from the throne of David through her. He could not be her uncle, for example, or the line would have diverted away from her line through his line.

Joseph of Arimathea, a Prince of the House of David, who would take the “Good News” to the Royal Silurian familyDruids living in YHWH God’s sacred sanctuary in the far west.  It was here, where the Messiah would begingreat revolution for the reclamation, redemption and restoration of His Lost Sheep of the House of Israel.

The “Prince” was not genetically pure, by halakhic Jewish law, for though he was a true Prince of the Royal Solomonic House of David, he came from one of the accursed bastard lineages because not all of his ancestral mothers were Jewish.  Neither were all of King David’s ancestral mothers, Jewesses of the House of Jacob.  The hand of the divine intervened and his lineage was later reaffirmed by the Great Sanhedrin, in the year of 37 BCE, not out of principles or integrity but out of desperation.  All of the approved Jewish Princes of the House of David from the halakhic approved lineages were destined to become extinct by the year of King Herod’s death.  After that time, there would be no more royal Princes of King David, save one, the Prince of David Shammai the Elder, who were approved by the Jewish clerics and Ezra the Scribe.

The “Holy Grail” was passed down from generation to generation through Joseph of Arimathea’s descendants, the “Grail-Kings”, for about a thousand years.  The “Triads” say that the son of Joseph of Arimathea  were one of the “three saintly lineages” of Britain, however though that may be true, it appears here that in this case he has been misidentified by the compiler of the “Triads” with “Joseph ‘ha-Rama-Theo”, one of Jesus’ so – called “brothers”, who also came to Britain and also left issue.”  (David  Hughes, “The British Chronicles”, page 82)

Gardner [1996: 236] proposes three children for Jesus and Mary Magdalene: Damaris (Tamar), b. AD 33 (in a later edition [2000: 174] she is married to St. Paul); Jesus II The Justus (Gais/Géso), b. AD 37; and Joseph The Rama-Theo (Josephes), b. AD 44. He also claims that Joseph of Arimathea is none other than Jesus' brother, St. James the Just. He appears to base this information on the controversial work of Dr. Barbara Thiering and her pesher technique of interpreting the scriptures.

Gardner shows no descendants for Tamar, and a son (Galains or Alain who died without issue) for Jesus II. The only line that continues is through Joseph, the younger son. His descendants become the Fisher Kings depicted in the chart below.

PARENTS of JOSEPH:
The parents of Joseph are not known for postitive. The parents I have listed here were found on rootsweb.com files but they had no source other than another file had them listed. They are listed here only as conjecture.
(Site owner - Marj Gisi) OCCUPATION:
Joseph of Arimathea was a tin merchant according to some ancient traditions, and made many trips to Cornwall, England.

According to the TALMUD Joseph was the great uncle of Jesus. Joseph the carpenter (earthly father of Jesus) apparently died in Jesus' youth and Joseph of Arimathea became the legal guardian of Jesus. Joseph the carpenter is not mentioned in the Gospels after the family's trip to Jerusalem when Jesus was 12. Many early Christian writings state that he was past middle age, or even an old man when he married Mary, which appears to support the claim of his death to have occurred at least before the beginning of Jesus' public ministry.

Ancient sources state that Joseph of Arimathea was a very wealthy tin merchant. He may have been the richest man in that area of the world during that time. He made many trips to Britain where he had tin mines in Cornwall. It is 'possible' that Jesus Himself accompanied Joseph on voyages there during His childhood, but this is only speculation. Diordorus Siculus, Julius Caesar, and other ancient classical writers wrote at length of the tin trade between Cornwall and Phoenicia.

After Jesus was crucified and died on the Cross, shedding his blood for our sins,
Joseph of Arimathea asked for Jesus body. He took our Lord and wrapped his body in clean linen cloth. Then Joseph laid Jesus in his own newly hewn tomb. Three days later Jesus arose from the dead. After 40 days Jesus ascended into heaven after giving instruction to His followers to carry the gospel to all the world.

Ancient sources also make the following claim:
In 36 A.D. Joseph of Arimathea, Mary and other disciples were exiled from Israel in a boat without oars for the crime of being believers in Christ. The boat drifted to Marsailles, France where they disembarked, and eventually went to Britain, where Joseph became the first Christian missionary, establishing Christianity on that continent FAR BEFORE Augustine arrived with Catholicism.

According to some records some of Joseph of Arimathea's descendants were born
in Powys, Wales.

(Some information from Dale Updike. He used these sources:

Sources (the first two are by 'British-Israel' authors):
'THE DRAMA OF THE LOST DISCIPLES 'by George F. Jowett
'ST. PAUL IN BRITAIN' by Rev. R. W. Morgan
'THE HOLY KINGDOM', by Adrian Gilbert
'THE TALMUD')

Use link to larger version: http://www.asis.com/users/stag/royalty.html